Excerpt from The Frozen Sea

‘I took a walk to Giardini.’
Why would Tikki do that? All on her own, right across the Grand Canal? She could very well have seen Loretta walking back home from the waterbus. ‘You must have frozen to death. We had an outside table at the Marco Polo, which was not a very clever idea. My feet were like ice.’
‘You sat outside? They don’t usually have outside tables in the winter.’
‘This is still technically autumn. But we survived. We had a grappa at a warm bar afterwards, and thawed out.’ Why was she telling Tikki all this?
‘We could do that.’
Loretta turned to face her. What she saw on Tikki’s face dismayed her. It was the mark of abject isolation. Something clutched at her stomach. It was recognition of something; the sense of inaccessibility. ‘Oh. Tikki – of course. Of course we could do that.’ Was it loneliness? Was it what she saw in those eyes? She knew all about loneliness.
The awkwardness of two days ago, the cold impenetrability, was replaced by something indefinable, vulnerable. She felt flooded with guilt, and was struck dumb for a minute.
Tikki changed stance. The look in her eyes was gone. Now there was only the steadfast look of decision. ‘I’m packing. I don’t want to overstay Bryn’s hospitality. I should return to Perth and … because …’ Tikki took the belt tassel that hung at her waist and twirled it. ‘There’s … it’s so cold here. And I haven’t done much in the way of research. The whole business with Vincent has been too distracting.’
‘You’re not giving up?’
‘I don’t know what I’m doing.’
Loretta didn’t know what to say to that.
‘Look … listen, Loretta.’
‘Wait. You haven't cancelled your talk?
‘I’m taking a risk. What? No, I’ve postponed it to next semester. They totally understood.’
‘Does Bryn know?’
Tikki’s voice descended an octave. ‘Loretta. I can’t talk here. Do you want to … shall we …?’
Loretta stepped to the doorway to see where Bryn was. His wispy white head was bent over a huge volume bound in dark green leather.
‘Bryn, we’re going for a walk. Is there anything you need?’
‘If it were summer, I’d have asked for ice cream! Ha ha! Off you go, ladies. Enjoy your walk.’ His head was down again. His bubble was whole again, excluding her.
‘Get your coat on. We’re going to get grappa at a warm bar.’
Tikki laughed. A kind of grateful light came into her eyes. ‘Really? It’s only four-thirty.’
‘By the time we get there, we’ll be too cold to care what time it is. Come on.’
They sat at a table behind the blackboard at the window, taking in the brown atmosphere, the smell of beer, and the impenetrable opaque babble of Venetian dialect.
‘See? It’s mostly students and locals. We can have a grappa, or an amaro … you can even have a Guinness or a Belgian beer. Bryn said he likes this place.’
‘It’s miles from his place, though.’
‘A twenty-minute walk is nothing for Venetians.’
Perhaps she felt sorry for her. Perhaps it was guilt for not being friendlier, or not understanding her impromptu gift of glass penguins. Loretta downed two stemmed glasses of Amaro Averna, felt circulation returning to fingers and toes, and picked at the tiny bowl of finger snacks the waitress plonked on their table. She watched Tikki sip her grappa. There was something held back. Restraint, hesitancy; something fundamental was pulling at her. Something in that lean face, those close-set eyes, was in silent turmoil.

‘Have you heard from your mother?’

It was a surprising question. ‘No.’ Loretta put down her glass. ‘My mother’s not the type one hears from.’ 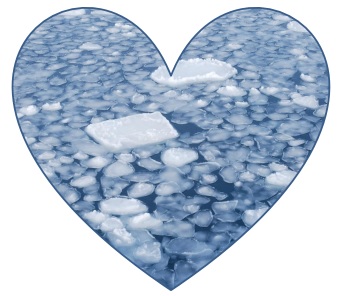 Read the rest of this new novel in September.